Both Maryland and Virginia have mild, temperate climates with four distinct seasons. While this makes both states pleasant places to live, it also means that their lawns and gardens are vulnerable to aggressive springtime weeds that can grow and spread throughout the summer.

The 7 Most Common Weeds

There are many weeds that can plague your lawn throughout the year. Some of the most common weed varieties found in Maryland and Virginia include: This near-universal lawn weed is found up and down the east coast. This prolific grower can spread quickly and is easily identified by its small pointed leaves and white flowers. Look for it in thinner areas of your lawn where it can grow with less competition. Like all members of the mint family, purple deadnettle grows quickly and spreads aggressively. This unwanted garden weed can release thousands of seeds during the season, making it a persistent survivor and a pain to get rid of. A strong early application of any reliable weed control product can stop its spread though, making it manageable if caught. Also called creeping speedwell, this ground cover grows in dense patches. Its characteristic bright purple flowers are nice to look at but don’t be fooled—creeping veronica spreads quickly and can easily choke out a whole lawn. 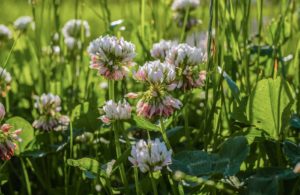 It’s easy to overlook clover but it’s one of the fastest-growing, most aggressive weeds you’ll find in Maryland or Virginia. A favorite of bees and other pollinating insects, clover can spread across an entire lawn in what seems like no time.

Similar in appearance to a thin scallion, wild onions grow tall stalks in tight bunches that if left alone will flower. These can easily be pulled up and are actually edible, should you be into foraging. This creeping perennial weed, also known as creeping charlie, is easy to identify and commonly found all over the Mid-Atlantic. This groundcover has small, scalloped leaves and purple flowers that are a dead giveaway as to its presence. Unfortunately, ground ivy is difficult to control, often requiring multiple applications of herbicide. Bittercress may be the most unsightly of the weeds commonly found in Virginia and Maryland. If left alone, bittercress grows several feet tall, spindly stalks that explode in seeds, guaranteeing more next year.

The 3 Worst Weeds To Find In Your Yard

While there seem to be an innumerable variety of Maryland weeds, some are worse than others. These particularly nasty lawn invaders include: Like Chicory and Queen Anne’s Lace, dandelions draw moisture and nutrients through a deep singular root, which can penetrate as much as 10 feet underground! This makes effective dandelion removal a significant challenge as the plant can regrow completely if the root system is left intact.

Every lawn enthusiast’s least favorite plant, crabgrass is quick to overtake thin or stressed lawns. Crabgrass matures fast and spreads aggressively, leaving behind a patchy, unsightly lawn when it dies off. Even worse, crabgrass can release more than 150,000 seeds per plant over the course of spring and summer. 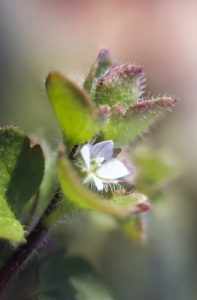 Despite its name, Virginia Buttonweed can be found as far north as Pennsylvania and as far west as Ohio. This is a hardy weed that stands up to herbicides and grows thick stalks that make it difficult to pull up effectively. What’s worse, it can spread by seed and by new shoots.

How Do You Get Rid of Weeds?

Weeds are nothing if not stubborn. And while home remedies for DIY weed control and preventative pre-emergent steps can help to prevent them from growing, most are not very effective. Many homeowners find that a professional application of chemical herbicide may be necessary to properly control and eliminate troublesome weeds. To keep other plants in your yard safe, these weed killers are best deployed by trained professionals, like those you’ll find at Blades of Grass.

When to Call a Professional

Severe weed infestations are best handled by the pros. Our local lawn care professionals are experienced in using the most up-to-date weed control products in safe, responsible ways. We employ only the best lawn care technicians and are confident that you’ll notice the difference. Learn more about our different lawn care programs that can help protect your lawn from weeds year-round!

When to Call a Professional

Severe weed infestations are best handled by the pros. Our local lawn care professionals are experienced in using the most up-to-date weed control products in safe, responsible ways. We employ only the best lawn care technicians and are confident that you’ll notice the difference. Learn more about our different lawn care programs that can help protect your lawn from weeds year-round!

Do you have questions about lawn care services? Check out these FAQs and the answers from our experts.

How to Get Rid of Dandelions Permanently From Your Lawn

Has your lawn been invaded by dandelions? Our soil scientists share their insider tips and tricks to help get rid of these pesky weeds for good. Take back your yard!

How to Get Rid of Nutsedge Weed in Your Lawn & Yard

Unsure what nutsedge looks like or how to get rid of it? Our soil scientists explain how to identify it, control it & prevent it. Read this blog and take control of your yard

Treating phragmites requires a special permit & the treatment window is very small. We are the only company that treats phragmites in our area, and we have 30+ years of experience!

How to Get Rid of Weeds in Your Lawn, Yard, & Garden

Stuck in the weeds? Our soil scientists are here to help! We have compiled our most FAQ’s about how to eliminate weeds and provide tips to prevent them from coming back

Learn why wild onion and wild garlic are such common lawn weeds throughout Maryland and Northern Virginia and how to get rid of these unwanted plants.

How to Remove Crab Grass From Your Lawn, Yard & Garden

Weeds are an eyesore to every homeowner! Learn the 6 most common weeds found in Maryland & Northern Virginia, how to get rid of them and prevent future problems